Greetings from Spain…wish you were here! 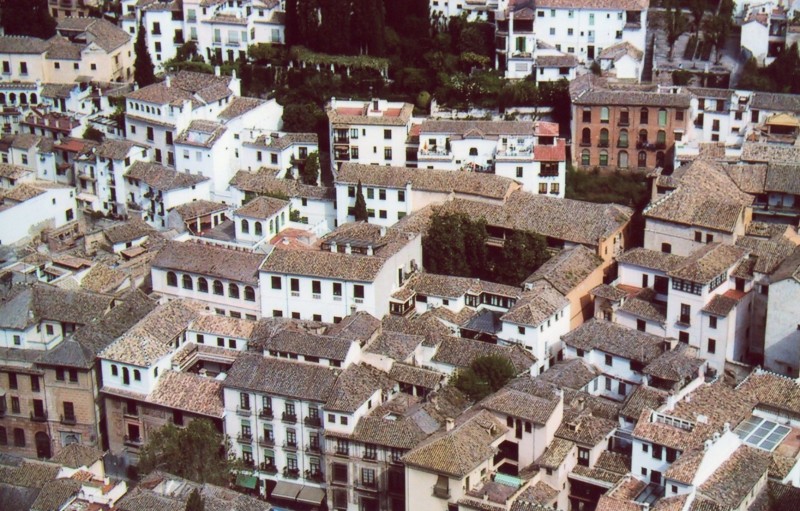 Photo above taken from our hotel room in of the old Moorish district in Granada, Spain called the Albaicín during a visit in 2004.

Set in in the heart of Andalusia, Granada is a Spanish city of diverse heritage and history ranging from Celtic beginnings, to the Moors who built the Islamic castle city of the Alhambra, and then on to the Catholic Monarchs Queen Isabella and King Ferdinand II.

During our visit, I was stuck by the beauty and mystique of Albaicín, the ancient Moorish quarter of the city.  There you felt as if you were transported back in time, to another world far away from modern Spain.  The Muslim architecture and influences of the area added a lot of culture and color to our ten day trip to Spain.  We were able to find delightful food (Moroccan couscous and tangine for dinner), wonderful outdoor cafes and gorgeous artwork.  I realized longingly how much I desired to see the Muslim world, a place so different than the West.  A trip to Morocco several years later brought this photo back to life.