Greetings from Uruguay…wish you were here! 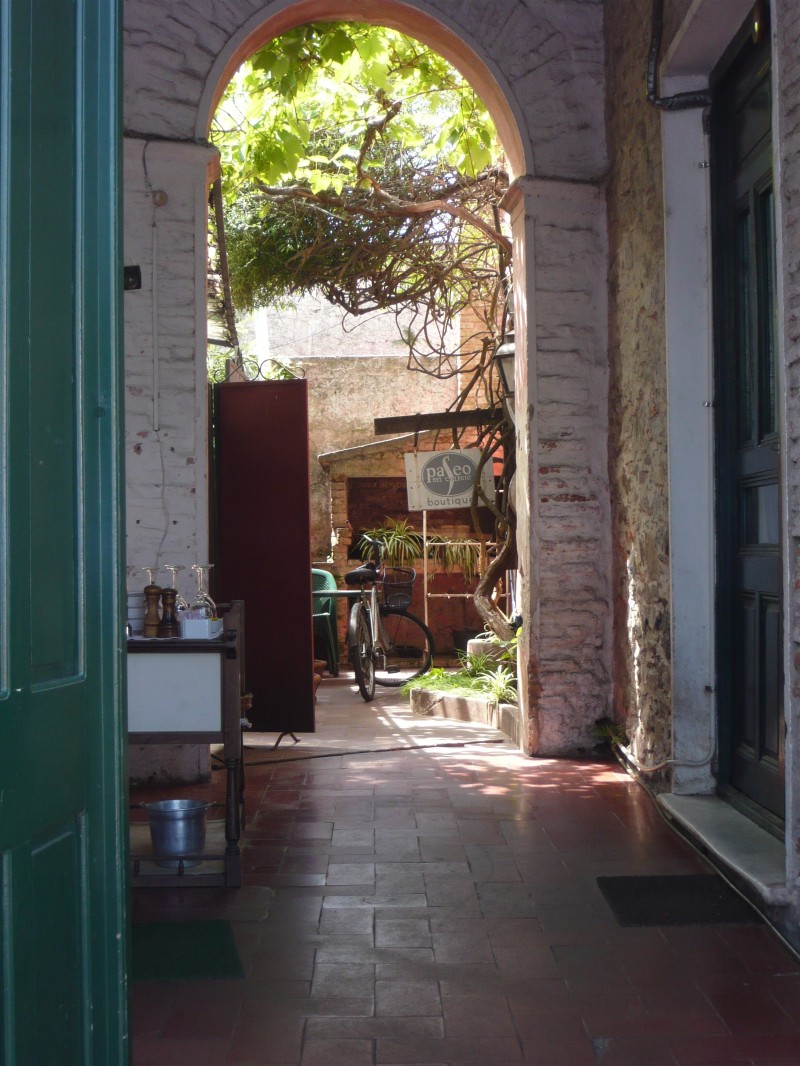 Photo above of a café in delightful Colonia del Sacramento, Uruguay taken in 2009.  I took this picture because I loved the quiet and relaxing ambiance.  It felt like you were in a long-forgotten world from the past. Very removed from the rapid pace of Buenos Aires. Quite a lovely place.

I had heard a lot of talk about neighboring Uruguay, the second smallest country in South America that has its own unique culture and is a rather unknown hidden treasure to most tourists. Argentina and Uruguay are divided by the brackish Rio de la Plata, and daily ferries, buses and flights are available between Buenos Aires and the three main Uruguayan tourist destinations: Colonia del Sacramento, Montevideo and Punte del Este. We decided to take the morning speed ferry to the tiny gem of Colonia del Sacramento, a UNESCO World Heritage site.

The ride was short but sweet, lasting only forty-five minutes from port to port. The only downside of the trip was that we had to go through customs on each side. But other than that, it was a pretty easy way to visit another country in only a day. Being so close, you would think that Uruguay and Argentina would be exactly the same but there were not. Despite a shared language, a land of gauchos, and a love of football, Argentina and Uruguay are quite different. Although I only had a few hours there to explore, I found Uruguay to be a very intimate, peaceful, easy-going place. There was almost something lackadaisical about it, and it felt like it was set back in time.