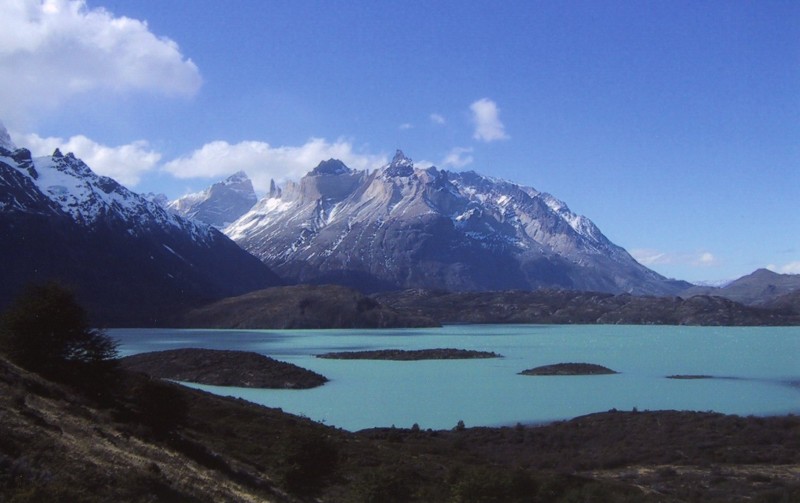 This photo was taken in late October 2003 during a two-week trip to Chile with my husband.  The highlight of our trip was our 7-day trek called the “W trek” at the world famous Torres del Paine National Park, one of the most beautiful national parks in the world.  During our week trek, we experienced winds like never before, four seasons in one day, got snowed into a distant refugio in the mountains and saw lots of incredible wildlife such as guanacos, the mighty condors, pink Patagonian flamingos and many different kinds of birds (yet we did not see a puma….which was a relief!).

The trek takes you through fragrant forests, glacier filled lakes, fields of flowers and the best mountain views our there of the craggy towers in which the park is named after.  The water is so pure that you can actually drink directly from the streams and the smell of the air is like nothing in this world.

Torres del Paine is a magical place that is a must-see for any adventurous soul.  As they say in Patagonia, once you visit, you will someday come back.